RINNASHARK SEA ANGLING CLUB WATERFORD
* IF You are currently viewing our boards as a guest which gives you limited access to view most discussions and access our other features. By joining our free community you will have access to post topics, communicate privately with other members (PM), respond to polls, upload content and access many other special features. Registration is fast, simple and absolutely free so please, join our community today!If you have any problems with the registration process or your account login, please contact rinnasharksac@gmail.com
* BORN TO FISH


Join the forum, it's quick and easy
RINNASHARK SEA ANGLING CLUB WATERFORD
* IF You are currently viewing our boards as a guest which gives you limited access to view most discussions and access our other features. By joining our free community you will have access to post topics, communicate privately with other members (PM), respond to polls, upload content and access many other special features. Registration is fast, simple and absolutely free so please, join our community today!If you have any problems with the registration process or your account login, please contact rinnasharksac@gmail.com
* BORN TO FISH

» How to catch black Bream

» In the land of black and white 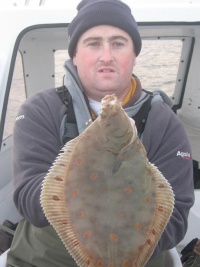 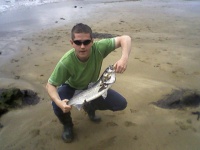 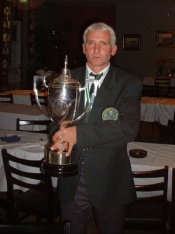 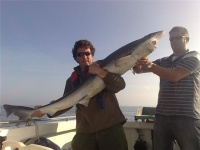 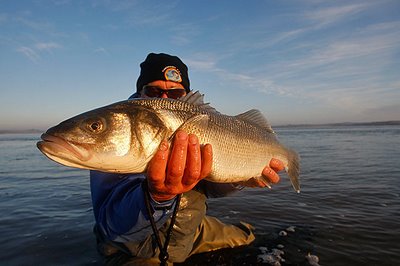 Viking raiders first established a settlement at Waterford in 853. Waterford and all the other longphorts were vacated in 902, the Vikings having been driven out by the native Irish. The Vikings re-established themselves in Ireland at Waterford in 914 and built what would be Ireland's first city. A list of the city's rulers from this date to the mayors of the present day can be found in Rulers of Waterford.

After the Protestant Reformation, Waterford remained a Catholic city and participated in the confederation of Kilkenny – an independent Catholic government from 1642 to 1649. This was ended abruptly by Oliver Cromwell, who brought the country back under English rule; his nephew Henry Ireton finally took Waterford in 1650 after a major siege.

The 18th century was a period of huge prosperity for Waterford. Most of the city's best architecture appeared during this time. In the 19th century, great industries such as glass making and ship building thrived in the city.

In the early 1800s, Waterford City was deemed vulnerable and the British government erected three Martello towers on the Hook Peninsula to reinforce the existing Fort at Duncannon.

The city was represented in the Parliament of the United Kingdom from 1891 to 1918 by John Redmond MP, leader (from January 1900) of the Irish Parliamentary Party. Redmond, then leader of the pro-Parnell faction of the party, defeated David Sheehy in 1891.

In July 1922, Waterford was the scene of fighting between Irish Free State and Irish Republican troops during the Irish Civil War.
Places of interest
A view from The Quays: "The Three Sisters" mix near the city before flowing into the harbour.

The old city of Waterford consists of various cultural quarters. The oldest is what has been referred to as the Viking triangle. This is the part of the city surrounded by the original 10th century fortifications, which is triangular in shape with its apex at Reginald's tower. Though this was once the site of a thriving Viking city, the city centre has shifted to the west over the years, and it is now a quiet and tranquil area, dominated by narrow streets, medieval architecture, and civic spaces. Over the past decade, a number of restaurants have opened in High Street and Henrietta Street, taking advantage of the charming character of the area. Much of Waterford's impressive architecture is to be found in the Viking triangle.

In the 15th century, the city was enlarged with the building of an outer wall on the west side. Today Waterford retains more of its city walls than any other city in Ireland with the exception of Derry, whose walls were built much later. Tours of Waterford's city walls are conducted daily.

The Quay, once termed by historian Mark Girouard 'the noblest quay in Europe', is a mile long from Grattan Quay to Adelphi Quay, though Adelphi Quay is now a residential area. It is still a major focal point for Waterford, commercially and socially, and the face that Waterford presents to those traveling into the city from the north. Near Reginald's Tower is the William Vincent Wallace Plaza, a monument and amenity built around the time of the millennium that commemorates the Waterford born composer.

John Roberts Square is a pedestrianised area that is one of the main focal points of Waterford's modern day commercial centre.
Cathedral of the Most Holy Trinity, Barronstrand Street, Waterford

It was named after the city's most celebrated architect, John Roberts, and was formed from the junction of Barronstrand Street, Broad Street and George's Street. It is often referred to locally as Red Square, due to the red paving that was used when the area was first pedestrianised. A short distance to the east of John Roberts Square is Arundel Square, another square with a fine commercial tradition, which the City Square shopping centre opens onto.

Ballybricken, in the west, just outside the city walls, is thought to have been Waterford's Irishtown, a type of settlement that often formed outside Irish cities to house the Vikings and Irish that had been expelled during the Norman conquest of Ireland. Ballybricken is an inner city neighbourhood with a long tradition, centred around Ballybricken hill, which was a large, open market-square. Today it has been converted into a green, civic space, but the Bull Post, where livestock was once bought and sold, still stands as a remnant of the hill's past.

The Mall is a fine Georgian thoroughfare, built by the Wide Streets Commission in order to extend the city southwards. It contains some of the city's finest Georgian architecture. The People's Park, Waterford's largest and finest park, is located nearby.

Ferrybank in Co Kilkenny is Waterford city's only suburb north of the river. It contains a village centre of its own. Kilkenny Co Council have granted permission for a number of major retail developments in Ferrybank. One has been completed and the second is currently under construction and due to be completed in January 2009.

In April 2003 an important site combining a 5th century Iron Age and 9th century Viking settlement was discovered at Woodstown near the city, which appears to have been a Viking town that predates all such settlements in Ireland.
Scotch Quay, Waterford
Culture
Literature

Poet Seán Dunne was born in Waterford in 1956 and grew up in St John's Park. He attended Mount Sion CBS in Barrack Street and wrote with affection of the city in his memoir "My Father's House".
Museums

Waterford Museum of Treasures, in the Granary on Merchant's Quay, is the city's foremost museum, housing a collection spanning over 1,000 years of the city's history. Reginald's Tower, the oldest urban civic building in the country, is situated on the Quays/The Mall, in Waterford. It has performed numerous functions over the years and today is a civic museum.

There is a new museum at Mount Sion (Barrack Street) dedicated to the story of Brother Edmund Ignatius Rice and the history of the Christian Brothers and Presentation Brothers. Along with the museum there is a cafe and a new chapel. The new museum was designed by Janvs Design
Art galleries

The Waterford Municipal Art Gallery has been housed in Greyfriars since 2001. It is the permanent home for the Municipal Art Collection, "A Gem Among Municipal Collections", over 200 paintings by Irish and International artists, including pieces from renowned artists such as Jack B Yeats, Paul Henry, Charles Lamb and Louis Le Brocquy.

The Theatre Royal,[17] on The Mall, was built in 1876, as part of a remodelled section of City Hall. It is a U-shaped, Victorian theatre, seating about 600 people.
Christ Church Cathedral, Waterford

Garter Lane Arts Centre is housed in two conserved 18th century buildings on O'Connell Street. Garter Lane Gallery, the 18th century townhouse of Samuel Barker contains the gallery and the Bausch & Lomb Dance Studio, and Garter Lane Theatre is based in the beautiful Quaker Meeting House, built in 1792. The theatre was renovated and restored in 2006 and now contains a 164 seat auditorium.

Red Kettle is a professional theatre company based in Waterford that regularly performs in Garter Lane Theatre.

Spraoi is a street theatre company based in Waterford. It produces the Spraoi festival, and has participated regularly in the Waterford and Dublin St. Patrick's day parades, often winning best float. In January 2005 the company staged its biggest and most prestigious production to date, "Awakening", the Opening Show for Cork 2005 European Capital of Culture.

Waterford Youth Arts (WYA), formerly known as Waterford Youth Drama, was established in August 1985. WYA has grown from the voluntary efforts of two individuals and 25 young people, to a fully structured youth arts organisation with a paid staff and 400 young people taking part each week.
Events

The Spraoi festival, organised by the Spraoi theatre company, is held in Waterford during the summer each year. It attracts crowds in the region of anywhere up to 80,000 people.

The Waterford International Festival of Light Opera is an annual event that has been held in the Theatre Royal since 1959.

The Tall Ships festival, held in Waterford in 2005, marked the start of the Tall Ships race of that year. The Suir river provided a perfect berthing location for the numerous tall ships that lined the north and south quays, for almost a week. The festival attracted in the region of 450,000 people to the city in what was the biggest event ever held in Waterford or the south east. On 27 March 2007, it was confirmed that Waterford will host the start of the Tall Ships race again in 2011. Starting from Waterford, Ireland the fleet will race to Greenock in Scotland, starting mid-late June 2011 (exact date to be confimed).